Spring fishing beginning to take off!

While the calendar says its officially spring, sometimes the fish don't get the memo and take a while to get out of their winter mode.  However, I’m excited to see the water temperatures begin to climb and that we are making steps in a positive direction.  On my last prospecting trip a couple of days ago, I saw water temps as high as 61 degrees, which means spring fishing certainly isn’t far away.  The redfish bite has been consistent all winter in the shallow water creeks, but the warming water has them on the move and they are beginning to stage in their usual springtime areas, making them much more accessible to everyone.  There have also been a good number of black drum mixed in with them in many of the same areas.  Also, the trout will continue to become more active as the water warms as well.  We have been seeing quite a few in the creeks while chasing redfish, but most hadn’t been in a feeding mood, but they have begun to bite in a few areas in recent days.  Our annual springtime flounder fishing isn’t far away either.  I would except the usual early-season spots like Ocean Isle Beach and Sunset Beach to start producing flounder consistently in the next couple of weeks.  So it won't be long before things are cranking full swing, and now is the time to start getting you 2013 fishing plans in order, so give me a call and I'll get you on the water. 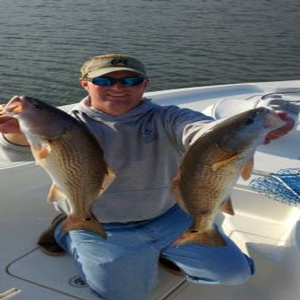